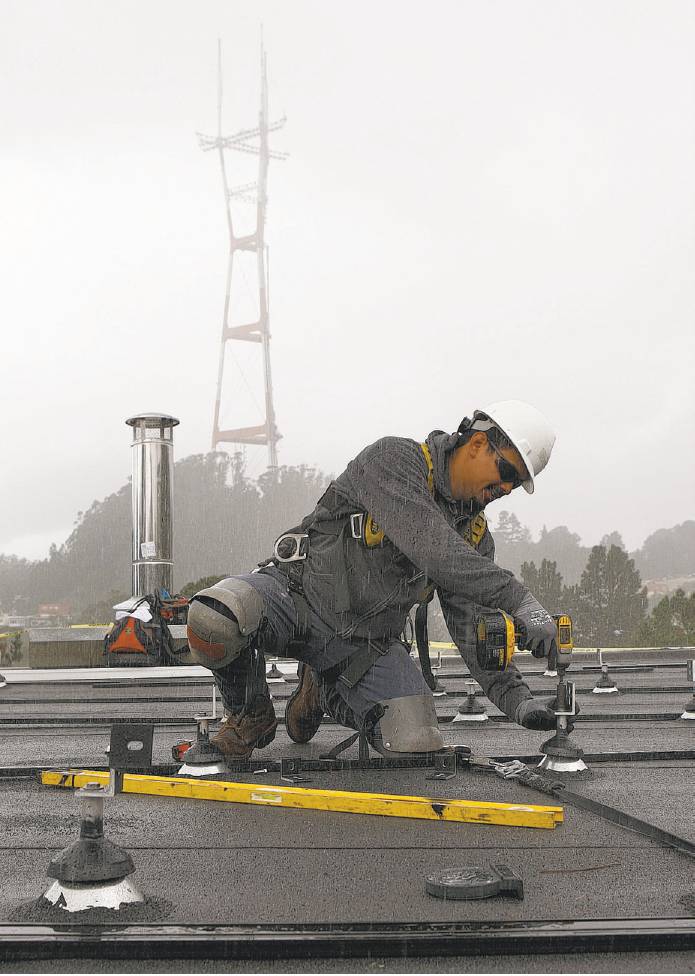 The long-awaited adoption in a city that prides itself on embracing cutting-edge, environmentally friendly technologies comes as a huge relief to both city leaders and solar advocates. Supervisors are expected to approve the financing program known as Property Assessed Clean Energy, or PACE, at Tuesday’s Board of Supervisors meeting and roll it out by spring.

Jeanine Cotter, founder and president of the 10-year-old solar company Luminalt, said the program is exciting to business owners like herself and middle-class homeowners for whom solar and energy efficiency financing was previously out of reach.

The system allows homeowners to borrow money for green upgrades and pay it back, bit by bit, on their property tax bill — the debt stays with the property, not the homeowner.

“What it means is that people who perhaps don’t have the credit or the funds that they would need … will have access to capital that will be paid back over the time that those improvements to their home are going to be reducing (energy) costs,” she said.

Cotter said she hopes the financing program will be a boon for small businesses like hers and allow her to hire more local employees. Four of her 24 employees were workforce development hires, meaning they were low-income or otherwise struggling residents who received training and employment placement from the city.

To learn more about the program, read the full story here.