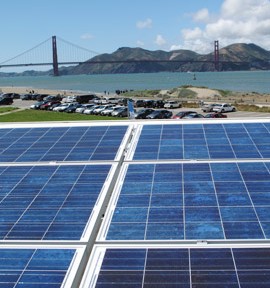 Click here to view a live feed from the Crissy Field Center's roof . Zoom out and to the left to see our solar installation!

The Golden Gate National Parks Conservancy, the National Park Service, and the Presidio Trust partnered with Luminalt to install a solar electric system and wind generation system on the Crissy Field Center (CFC) in the Presidio of San Francisco. 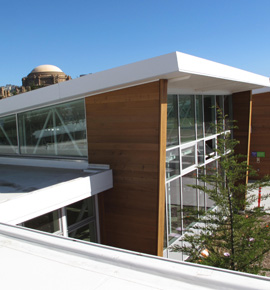 The Crissy Field Center is an award-winning, multicultural environmental education center operated in partnership by the Golden Gate National Parks Conservancy, National Parks Service, and Presidio Trust. Since its opening in 2001, the Crissy Field Center has served more than 800,000 youth and their families through school field trips, public workshops, afterschool programs, summer camps, and more. Their programs are internationally regarded as innovative models for education and sustainability. 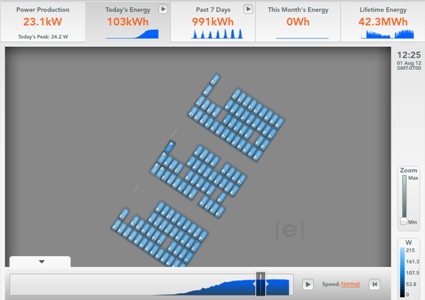 The Crissy Field Center recently moved into a new space on the east edge of Crissy Field. The new facility, which houses a media lab, resource library, arts workshop, science lab, gathering room, and café, is one of the greenest park-based buildings in the nation. As part of this green design and to help promote environmental awareness in urban settings, Luminalt installed a 28 kW solar electric system and 5.4kW wind system. Visitors are able to interact with a state of the art monitoring system that illustrates how the Center’s solar and wind production offsets a majority of the energy used at the facility. The solar panels are visible from the Crissy Field Center’s online webcam, which shows real time view of the San Francisco Bay and area surrounding the Center. 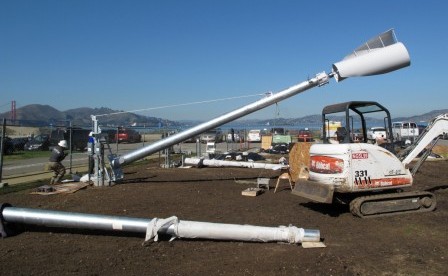 ABC7 covered our installation of wind turbines, solar panels, and an electric car charger that runs of off this renewable energy.